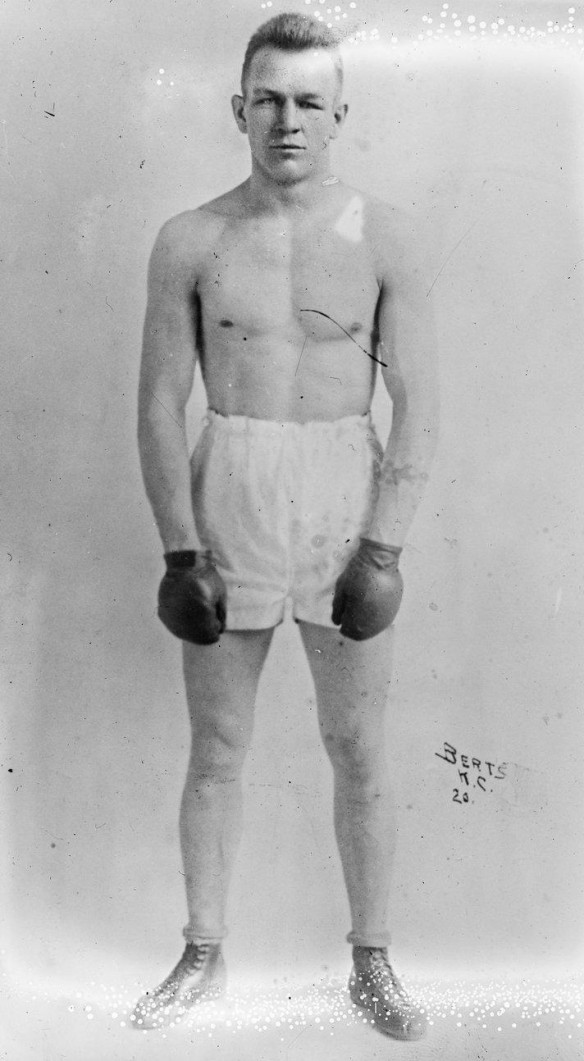 Many of us struggle with a times of trouble or hardship during their lifetime. There are two directions that a person can go when they are experiencing a tough situation: they can either learn from it and become stronger because of what they have learned…or they can become negative, bitter and dwell on the quagmire of pessimism.

The people that make up their minds to overcome a bad situation by working hard and remaining focused on the task-at-hand, usually find themselves becoming a better, happier person despite of their unfortunate circumstance.

Thus is the story that I found recently on totalprosports.com that tells the tale of a successful boxer who competed almost 90 years ago. His story is a great reminder to us the importance of enjoying the things that you do and when unpleasant times come your way…you can overcome ANYTHING…if you put your mind to it!!

Billy Miske (1894-1924) was by all accounts one of the most under-appreciated boxers of his era. He had a record of 48-2-2, which included wins against some of the biggest names in boxing and losses to two champions. But it’s not Miske’s boxing prowess that makes his story inspirational. It’s his willingness and determination to make the ultimate sacrifice for his family.

You see, Miske was diagnosed with a terminal kidney disease by his doctor, given 5 years to live, and told to retire. However, because he knew his family was depending on him financially, he kept jumping the ring and told no one—not even his wife—about his illness. Eventually, after a one-round knockout loss to the great Jack Dempsey, he finally decided to call it quits. But just 11 months later, with his family struggling to get by, Miske somehow conned promotors into giving him a huge fight.

By this time, he could barely walk and thus could not train for the fight. Nevertheless, he entered the ring and knocked out his younger opponent in the 4th round. He took the $2,400 he earned to buy back furniture he hap pawned several years ago, as well as some toys for his kids and a piano for his wife. Then he died just a week later at the age of 29.

Think about that next time you complain about your job.

6 thoughts on “The Real Heart of A Lion”