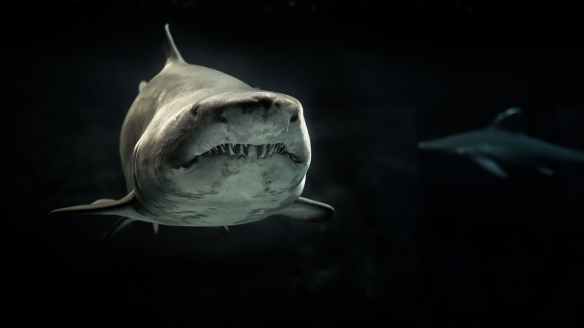 Photo by GEORGE DESIPRIS on Pexels.com

Discouragement. Frustration. Exasperation. Defeated. These are just a few words that describe the way many people feel when they fall short of achieving a goal that they have set for themselves. Failing to reach a goal can test one’s patience to its limits and, if not attained, can lead to an individual to just quit and give up.

It is an important concept to remember that the “answer” or the accomplishment of achieving your goal may be just around the corner…if you are persistent and don’t give up.

A marine biologist was involved in an experiment with a shark. He placed a shark in a tank along with other small bait fishes.

As expected, the shark ate every single fish.

The marine biologist then inserted a clear fiberglass to create two sections within the tank.  He placed the shark in one section and smaller fished in the other section.

The shark quickly attacked, but then he bounced off the fiberglass. The shark kept on repeating this behavior. It just wouldn’t stop trying.

While the small fish in the other section remained unharmed and carefree. After about an hour, the shark finally gave up.

This experiment was repeated several dozen times over the next few weeks. Each time, the shark got less aggressive. Eventually the shark got tired and simply stopped attacking altogether.

The marine biologist then removed the fiberglass. The shark, however, didn’t attack. It was trained to believe in the existence of a barrier between it and the bait fish.

It is good to remember that many of us, after experiencing setbacks and failures, emotionally give up and stop trying. Like the shark, we chose to stay with past failure and believe that we will always be unsuccessful. We build a barrier in our heads, even when there is no ‘real’ barrier between where we are and where we want to go. Don’t give up. Keep trying because success may be just a try away.

4 thoughts on “Conquering the Barriers of Life”