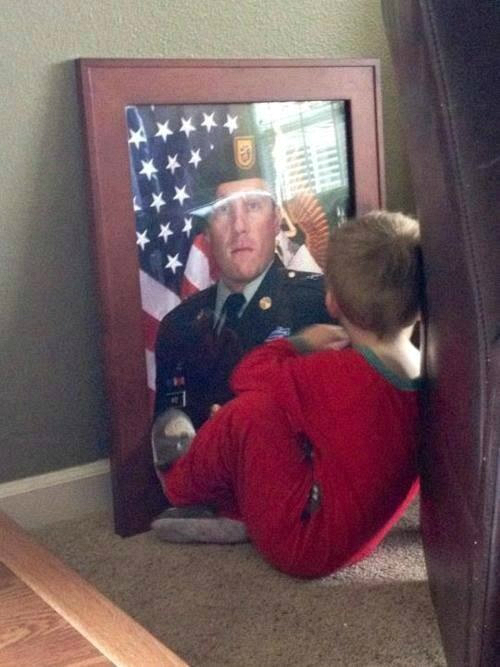 The boy’s mother found Ryan Wise sitting with the large picture of his father in the corner of a room and snapped what may become one of the most iconic photo’s of our time.

Sgt. 1st Class Benjamin Wise, 34 of Little Rock  Arkansas was a Special Forces soldier and father of three. He was severely injured during an operation in Afghanistan in January of 2012. He was hospitalized but died a week later from his wounds.

There is a website dedicated to Sgt. Benjamin Wise, “In Honor of Benjamin Wise.” I would like to ask you to visit it and take a moment to reflect on the lives of ALL of our heroes!

2 comments for “Photos That Speak Volumes #44”