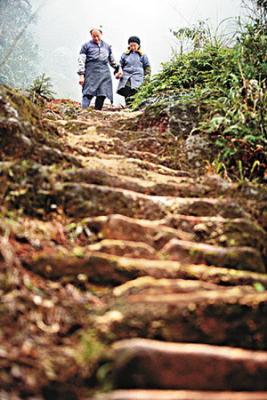 The Love Ladder of China, an incredible love story has come out of China a few years ago and managed to touch the world. Here is the story as told by Pearly of Penang, Malaysia.

It is a story of a man and an older woman who ran off to live and love each other in peace for over half a century. Over 50 years ago, Liu, a 19 year-old boy, fell in love with a 29 year-old widowed mother named Xu. At that time, it was unacceptable and immoral for a young man to love an older woman. To avoid the market gossip, the couple decided to elope and lived in a cave in Jiangjin County in Southern ChongQing area.

In the beginning, they had nothing, no electricity or even food. They had to eat grass and roots they found in the mountain, and Liu made a kerosene lamp that they used to light up their lives. In the second year of living in the mountain, Liu began and continued for over 50 years, to hand-carve the steps so that his wife could get down the mountain easily.

Half a century later in 2001, a group of adventurers were exploring the forest and were surprised to find the elderly couple and the over 6,000 hand-carved steps. The couple had lived in peace for over 50 years until last week. Liu, now 72 years, returned from his daily farm work and collapsed. Xu sat and prayed with her husband as he passed away in her arms. So in love with Xu, was Liu that no one was able to release the grip he had on his wife’s hand even after he had passed away. 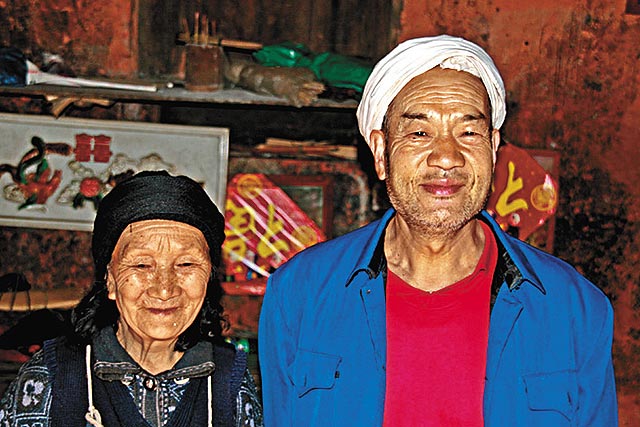 In 2006, their story had become one of the top 10 love stories from China, collected by the Chinese Women Weekly. The local government has decided to preserve the love ladder and the place they lived as a museum, so this love story can live forever.

Wow! What a great story of love and dedication that a couple had to each other despite the fact that the couple was so poor. This story demonstrates to us the fact the happiness and love is not found in things but found in actions. So, what are you willing to do for your significant other today?

6 comments for “The Love Ladder of China”