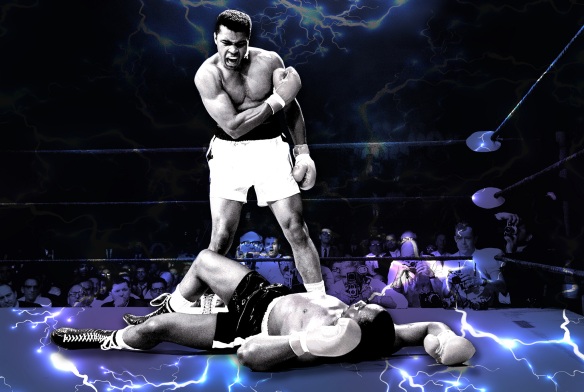 America and the world lost a great human being a few days ago at the passing of boxing legend, Muhammad Ali. Ali rose to prominence in the 1960’s and 1970’s when he not only became the world heavyweight boxing champion, but also became a advocate for peace and accepted people of all races, religions, and beliefs…despite proclaiming himself as a Muslim and giving himself over to the nation of Islam.

So, in today’s blog, I decided to list some of Muhammad Ali’s famous quotes for you to ponder, think about, smile, and maybe, in some small way, apply to your everyday life! 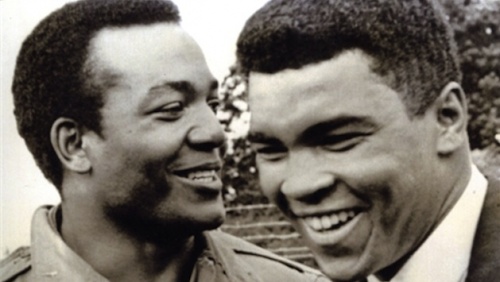 I think we have all wondered at some time in our lives what it would be like if two super heroes got together and fought it out. Superman vs. Iron Man. The Rock vs. The Incredible Hulk. Batman vs. Captain America. But what about famous sports stars or Hall of Famers?

This is an amazing story, written by Ryan Wilson, that I found a while ago, about two of the greatest athletes of all time and the one time that they faced off against each other. This is a short but fascinating account of this meeting.

During his nine-year playing career, Hall of Famer and former Browns running back Jim Brown was known for his unmatched athleticism and legendary toughness. Not only was he the best player of his era, he was one of the best players ever. In addition to what he accomplished on the football field, in college at Syracuse, Brown was a second-team All-American in basketball and a first-team All-American in lacrosse.

Given that he excelled at just about anything he tried, it’s not surprising that Brown briefly considered boxing after he retired from the NFL in 1965 at the age of 29. Specifically: Brown wanted to get in the ring with then-heavyweight champion Muhammad Ali. And not just for a sparring match but for a full-on fight.

Brown had introduced promoter Bob Arum to Ali, so Arum felt that he owed Brown the courtesy of at least checking with the heavyweight champ to gauge his interest. This was 1966, Brown was a year removed from football and pursuing his acting career, and Ali was 24 and in his prime.

So Arum took Brown’s message to the champ. The details, via this fantastic profile of Arum (who turns 81 Saturday) by Sports Illustrated‘s Chris Mannix.

“So I went to talk to Ali,” Arum told Mannix. “He says, ‘Jim wants to do what? Bring him here.’ So I took him to Hyde Park in London, where Ali used to run. Ali said, ‘Jimmy, here’s what we’re going to do: You hit me as hard as you can.’ So Brown starts swinging and swinging, and he can’t hit him. He’s swinging wildly and not even coming close. This goes on for, like, 30 seconds. Then Ali hits him with this quick one-two to his face. Jimmy just stops and says, ‘OK, I get the point.'”

Think about that for a second. Jim Brown — who routinely trucked some the biggest, strongest and fastest athletes on the planet — couldn’t even touch Ali…that is mind-blowing!

————–
Read more stories on my publications site at http://www.broowaha.com/articles/16465/the-day-jim-brown-fought-muhammad-ali#EVlu8v6MHMLYFI2b.99