According to popular legend, the first American flag was made by Betsy Ross, a Philadelphia seamstress who was acquainted with George Washington, leader of the Continental Army, and other influential Philadelphians. In May 1776, so the story goes, General Washington and two representatives from the Continental Congress visited Ross at her upholstery shop and showed her a rough design of the flag. Although Washington initially favored using a star with six points, Ross advocated for a five-pointed star, which could be cut with just one quick snip of the scissors, and the gentlemen were won over.

Unfortunately, historians have never been able to verify this charming version of events, although it is known that Ross made flags for the navy of Pennsylvania. The story of Washington’s visit to the flag maker became popular about the time of the country’s first centennial, after William Canby, a grandson of Ross, told about her role in shaping U.S. history in a speech given at the Philadelphia Historical Society in March 1870.

The Grand Union Flag
By Makaristos via Wikimedia Commons

What is known is that the first unofficial national flag, called the Grand Union Flag or the Continental Colors, was raised at the behest of General Washington near his headquarters outside Boston, Mass., on Jan. 1, 1776. The flag had 13 alternating red and white horizontal stripes and the British Union Flag (a predecessor of the Union Jack) in the canton. Another early flag had a rattlesnake and the motto “Don’t Tread on Me.” 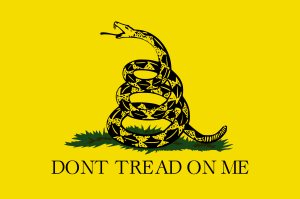 The first official national flag, also known as the Stars and Stripes, was approved by the Continental Congress on June 14, 1777. The blue canton contained 13 stars, representing the original 13 colonies, but the layout varied. Although nobody knows for sure who designed the flag, it may have been Continental Congress member Francis Hopkinson.

After Vermont and Kentucky were admitted to the Union in 1791 and 1792, respectively, two more stars and two more stripes were added in 1795. This 15-star, 15-stripe flag was the “star-spangled banner” that inspired lawyer Francis Scott Key to write the poem that later became the U.S. national anthem.

In 1818, after five more states had gained admittance, Congress passed legislation fixing the number of stripes at 13 and requiring that the number of stars equal the number of states. The last new star, bringing the total to 50, was added on July 4, 1960, after Hawaii became a state.